A Look at Australian Gambling History

Gambling takes its first roots in China. Keno, a popular Chinese game, was among the first games in the form of a lottery. Later on, Europe began contributing to the gambling world with the invention and popularization of games such as roulette, blackjack, and baccarat, among many others. In the decades that followed, players all around the world were able to enjoy, invent, and spread a vast variety of different games.

Roots of Gambling in Australia

The very first kind of gambling in Australia was sports and horse-race betting. Horse-racing came to the continent from England and quickly propelled onlookers to participate in bets. The first signs of gambling in Australia appeared in 1810 at such an event in Sydney. Seventy years later, the first lottery game took place and, in the 1950s, various clubs and bars installed the first pokies.

Australian states have different legislations concerning gambling, both virtual and real-life. This, in turn, has diversified the interest in and ubiquity of games in different regions.

Planet Poker was the very first online casino. It was established in January 1998 and enticed its visitors to try their luck at virtual poker. Given the year, the website kept running into technical problems. Nonetheless, the domain attracted visitors at exponential speed eventually ensuing the rise of other online casinos. New operators surpassed Planet Poker in popularity, although the rake levels that were originally adopted by Planet Poker are still present today.

A new casino site Paradise Poker opened in 1999. It offered an advanced interface and heightened gaming experience to users. Over the course of just a few years, Paradise Poker became a leading Australian online casino. Its extensive gaming catalogue (by 1999 standards) offered staple and popular to this day games like Texas Hold'em, Seven Card Stud, and Omaha.

In 2000, Dutch Boyd, who was a professional poker player, established Poker Spot. The site hosted the first tournaments, novelty and allure of which quickly attracted new visitors. The virtual parlor had to close in 2001, however, due to problems with payments. Poker Spot passed on its torch to PartyPoker and PokerStars that year, both of which provided gamers with a qualification to live casino events.

A year later, in 2002, local news channels began televising poker. The programs had a significant viewership. PartyPoker started advertising the shows, attracting even more visitors to its site and eventually becoming the leading online casino in Australia. That did not last too long, however, as PartyPoker initiated the World Championship of Online Poker and became a new forerunner.

Since then, the online casino industry expanded greatly. To this day, new operators keep opening up and new games are released almost every day, steadily increasing the popularity of online gambling. 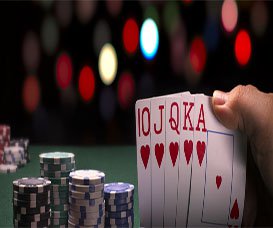 Technological advancements propel continuous improvement of online casino websites. The majority of virtual operators adopt third-party software for their products. The biggest software companies today are Real-Time Gaming (RTG), Microgaming, PlayTech, and others. These were launched around the same time the first online casinos came into existence. Programmers have been improving quality, which means that players enjoy better video and audio characteristics as time passes.

In 1994, a software supplier Microgaming was launched. It opened up The Gaming Club - the first real money online gaming parlor. Soon after, other such websites popped up. Cryptologic was among the first ones and, to this day, together with Microgaming, it plays a substantial role in developing technologies at the basis of financial systems that process banking, customer transactions, and online games.