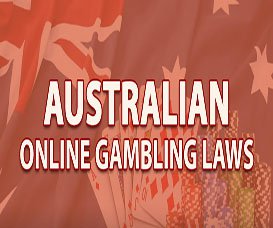 Defined as any gambling that takes place on the internet, including the likes of sports betting, virtual poker, and casinos, online gaming has come a long way.

Facilitated in part by the progress that has been made by technology, an abundance of smartphones and applications, internet connections that reach even the most remote corners of the globe, and a surge in the trust people have begun to put in web-based transactions, virtual gaming has reached a stage where it simply can not be ignored.

While its roots can be traced back to humble beginnings with the Liechtenstein International Lottery in October 1994, the current position of online gambling is anything but humble.

The Advent of Online Gambling Laws

Today, according to reports from Edison Investment Research and Statista, virtual gaming is a $40 billion industry.

With countries having varying views over the activity based on how conservative they are and whether or not they identify with games of chance as a part of their culture, each state has its own way of handling web-based casinos.

Some chose to ban it outright, while others attempt to regulate it on a national level. This is done to both keep citizens satisfied, and to collect all the additional revenue that would flow in owing to online gambling.

The regulatory framework needed to execute the latter came into being in the form of online gambling laws.

Australia is among the selection of countries that allow virtual casinos on their soil, subject to a few conditions.

According to the BBC, more than 80% of Australian adults gamble in a variety of ways--this being among the highest gaming rates in the world. Anywhere from 0.5% to 2.0% of Australians suffer significant problems because of irresponsible gaming, a number big enough to warrant creating laws specifically designed to deal with exploitation and abuses.

These problems can be both psychological and financial in nature. According to The Economist, irresponsible virtual gaming can lead to an annual loss of $990 for some Australians. To put this into perspective, the average cost of living for an Australian is around $2835 per month based on an estimate by HomeLoanExperts. That is around 35% of monthly living expenses.

Giving the increase in irresponsible or exploitative behavior with the advent of web-based casinos in the country, it became imperative for authorities to monitor said activities for the wellbeing of their people. This was done through a regulatory framework--one that came into being in the form of online gambling laws.

Subject to this act, operators were forbidden by law from offering certain services. These included:

Amendments to the IGA 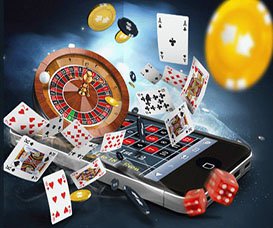 These online gambling laws were amended in 2017 to curtail the growing influence of operators providing these services from outside the country.

Failure to comply with this Act made individuals liable for a fine of $220,000 per day. This amount ballooned up to $1.1 million per day for the parent company.

A caveat, however, is the fact that it was and still is legal for the citizens of Australia to access and use these interactive gambling services. The onus of discontinuation lies solely on the heads of operators.

The government has done its part to ensure Australians are not taken advantage of by unscrupulous members within the industry. Citizens must also take steps to ensure that they are gaming responsibly.